Big Brother is watching…All of You 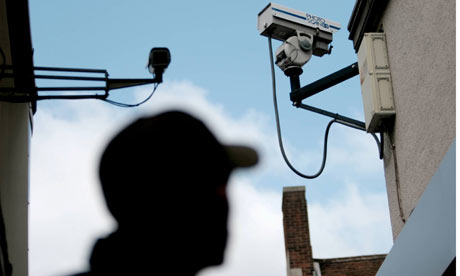 It’s been the month of in-depth tailing. Spying on unsuspecting students, watching the every move of celebrities and celebrity victims alike; Britain has surpassed themselves in creating an Orwellian nation. A society ruled by the oligarchical dictatorship of the Party, as well as pervasive government surveillance are certainly two aspects of Nineteen Eighty-Four, and reflective of year ‘Twenty-Eleven.’

“Total policing” was the buzz word on the London streets and the student tuition fees protest earlier this month, and the Leveson inquiry has more recently placed the role of the press and the police at the forefront of corrupt British media ethics. It seems only reminiscent of Newspeak in which our modern-day ‘think-police’ are avid users of ‘telescreens,’ and telescopic lenses alike.

Although I am not an aficionado of the confused nationalists English Defence League, it seems rather apparent that the police had their eye on the right-wing group, issuing pre-emptive arrests on 179 people, despite no crime having been committed. Naomi Colvin, spokesperson for Occupy London had suggested that: “In their statements to press, the Met police said they were working on ‘intelligence’ – we expect they are also monitoring the EDL’s Facebook page, where such plans are, we understand, openly discussed.”

And on the innocent end of the spectrum, British police have used intelligence from installed CCTV surveillance cameras inside university and college campuses to spy on student protesters as young as 16. The University and College Union’s (UCU) conference has tabled a motion condemning attempts to “criminalize protest” through “state surveillance of higher education and further education institutions for eliciting intelligence regarding protest activities.”

A worrying thought as the issue of intrusion into youth’s privacy was reiterated by Andrew Neilson, assistant director at the Howard League for Penal Reform in June 2011. He said: “It is an anomaly that the police only view young people aged 16 or under as children. The law recognises children as those aged under 18 and we are signed up to international obligations which state that no child should be deprived of his or liberty unless it is a measure of last resort.” And with absolutely no sign of parental permission, the privacy problem has advanced into dangerous territory.

It’s not the only area breached in terms of child safety. Within the Leveson inquiry, the abduction and brutal murder of Milly Dowler resurfaced, only to add insult to injury regarding the News of the World’s role in hacking Dowler’s phone. Sally Dowler, mother of young Milly described the moment that she became “elated” in hearing Milly’s voice through her personal voicemail believing that she was alive, unaware that NoTW had deleted messages to raise a false sense of hope.

Mrs. Dowler said: “I certainly never thought that ordinary or vulnerable people like us would have been subject to phone hacking and that a newspaper would have accessed Milly’s voicemails during the time that she was missing and we were desperately trying to find out what happened to her.” In order to avoid ‘rubbishy news’ containing almost nothing but sport, crime, astrology and ‘pornosec’; it seems that a type of regulation in opposition to Orwell’s vision may be essential.

As part of a wider discussion into Hackgate, the Guardian’s Editor Alan Rusbridger delivered a spectacular lecture paralleling the scandal with Orwell’s prophecy. The pioneering prophet may have found it difficult to imagine future generations talking about press regulation. However, he would be more interested to see how one man and one corporation have come to monopolise British political, commercial and cultural life and become an essential part of the prolefeed. To coin a phrase, it is ‘prolefeed at its worst.’

Privacy International is responsible for presenting the UK Big Brother Awards, an annual attempt at naming and shaming the government and private- sector organisations that have done the most to invade personal privacy in Britain. And though the panel usually consists of journalists pointing the finger at government officials, the tables have turned with a need to discredit newspapers alike.

The list of red-faced organisations and individuals have previously included a dedicated David Blunkett Lifetime Menace Award for proposing ID cards, whilst British Gas had won the Most Invasive Company Award. A new category to be added should embrace the Murdochs for the true gangsters that they are- the Murdoch Mafia Media Award.

Perhaps a V-for-Vendetta mask and some headphones are in order as “it [is] terribly dangerous to let your thoughts wander when you are in any public place or within range of a telescreen. The smallest thing could give you away.”